A Brief History of the Town of Urunga 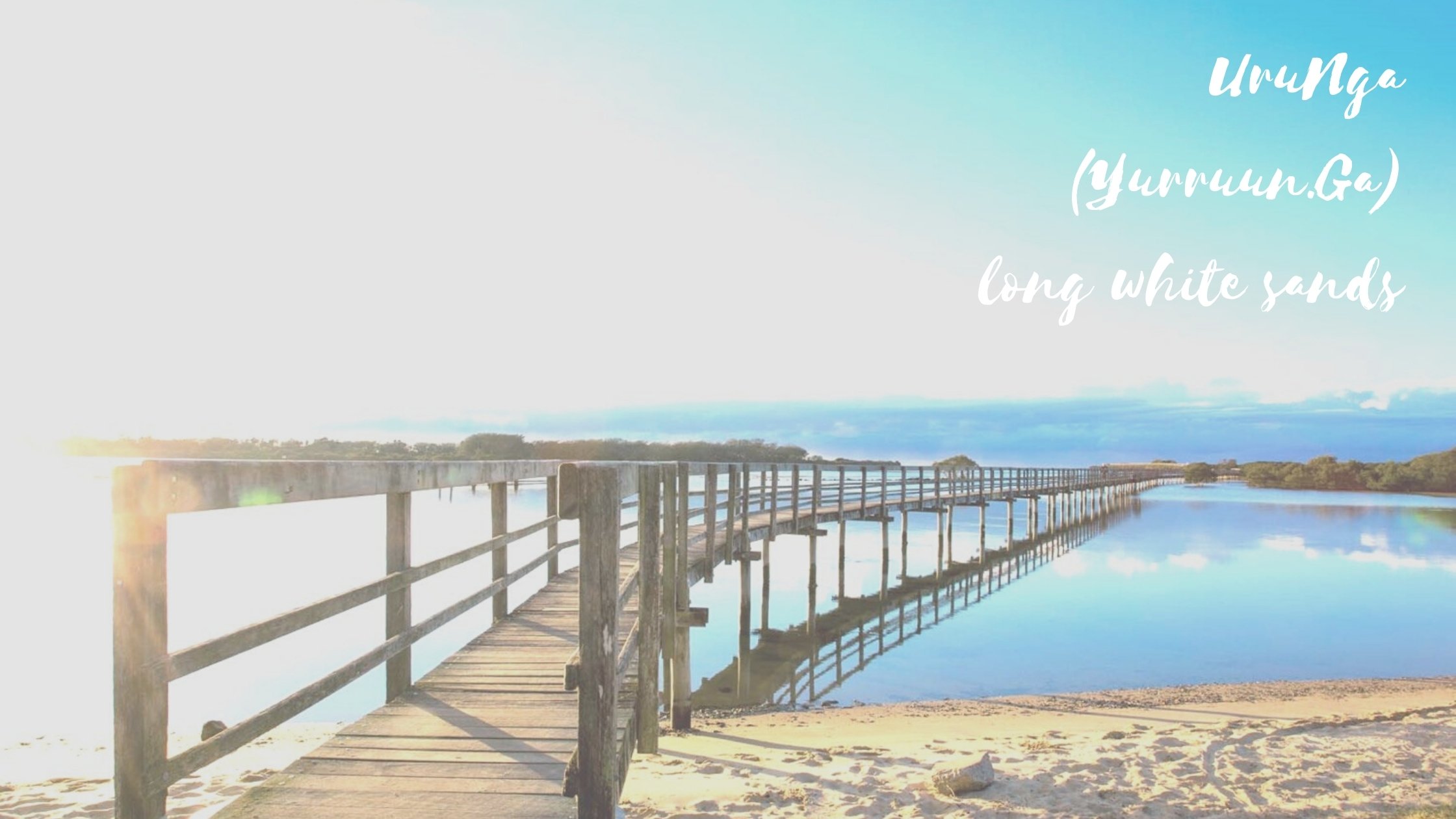 We acknowledge the Traditional Gumbaynggirr Owners and recognise their continuing connection to land, waters and culture. We pay our respects to their Elders past, present and emerging.

Yurruunn.Ga (Urunga) is located in the Bellingen Shire near the larger town of Coffs Harbour in the state of New South Wales. Urunga lies in the heart of Gumbaynggirr country, which extends eastward from the ocean to the Great Dividing Range in the west, and sits latitudinally between the rivers of the Clarence to the north, and Nambucca to the south.

This idyllic coastal holiday destination known for its superb fishing and clear waterways, as well as breathtaking variation of landscapes and ecosystems, is an easy five-hour drive north from Sydney, or four-and-a-half hours south from Brisbane. The region features some of the most magnificent countryside on the east coast, and is renown for its resplendent mountains, pristine beaches and plentiful rivers.

The township of Urunga is located at the convergence point of the Bellinger and Kalang Rivers as they head out to sea, and is famous for its iconic boardwalk that extends from the lagoon all the way to the ocean.

The Gumbaynggirr People of Urunga

The Gumbaynggirr people, the traditional custodians of the land at Urunga, have occupied the region since the Dreaming, and were known as the ‘sharing people’ due to the richness of land and ocean, and their penchant to share its bounty with surrounding nation tribes. The ocean and lagoon were the people’s primary provider of food and nourishment, and their fishing techniques varied from tidal fish traps, hand lines with hooks carved from shells, and spear fishing. On land, they hunted and trapped kangaroo, wallaby, echidna, bush turkey, game fowl and native bees. Resources for canoe building, crafting of weapons and tools, and making rope or netting, was sourced from the subtropical forests that lay between the mountains and the sea.

Before European settlement, the landscape was vastly different with the natural river mouth located approximately 1km or so south of where you will find it today following the river rerouting and construction of the breakwalls. The sand dunes extended all the way from Mylestom to Hungry Head, and the Kalang river once ran where the golf course is now located.

Although it is widely considered that naturalist and government surveyor Clement Hodgkinson was the first European to discover the town’s location on his river mapping expeditions in the region from 1841 to 1842, the first arrival was in fact a search party in 1818 looking for the wooden schooner, William Cossar, that was stolen by a party of convicts in 1817 from the Newcastle harbour. Four Aboriginal camps were documented to be located in the Urunga area in 1818 when the search party happened upon the Gumbaynggirr shores (Jervis 1941:168-271), with the total population nearing 300 according to Clement Hodgkinson in 1842 (Hodgkinson 1845). Clement Hodgkinson’s story of arrival is a fascinating read and documents his travels in the region and interactions with the local Aboriginals, including Black Jimmy.

Following Clement’s mapping and account of the region’s red cedar and rosewood being the finest he had ever seen, 1843 marked the arrival of European timber cutters after they had exhausted supplies on the Macleay River (Hodgkinson 1845), and the commencement of an industrious timber industry in the region. Loggers would fell red cedar along the valleys and await the floodwaters to float the timber down to the river mouth. As the land was cleared for forestry, it created space for farming of the fertile soils, and the land was used for dairy grazing and maize. 1863 saw the arrival of settlers to the region who further took over and changed the traditional lands. Settlements were established at the time along the river, but the village of Urunga, that was initially named Bellinger Heads until its postal renaming in late 1909, was not established until after the building of the Pilot Station, having been surveyed and proclaimed in November 1894 (O'Hearn).

The Urunga pilot station (maritime headquarters for the ship pilots) was established in 1868 to assist the sailing vessels with crossing of the shallow, treacherous, and ever shifting sandbar and channel at the mouth of the Bellinger and Kalang (formally referred to as the north and south arm) rivers as trade in the region increased. After many a cargo of timber was lost by ships that fell victim to the sandbar and rock walls, years of petitions to parliament finally saw some success with the first pilot station, and later followed by the arrival of the first steam tug in 1880 to the river, which remained operational until it too was destroyed against the breakwall in 1933. The southern breakwall itself only completed construction in 1906, but was defective in design as it failed to stabilise the channel. The northern breakwall commenced construction but was never completed as the government’s attention was focused on Coffs Harbour.

Although the town was slow to grow from the initial population in 1868 of the pilot, his boatmen and their families, until 1900 when it finally grew large enough for a school (opened in 1889), a post office, general store, butcher, hotel and school of arts, the port of Urunga was bustling, with coastal steamers ferrying customers to and from Sydney once a week after an article appeared in The Sydney Morning Herald promoting the town as a tourist destination. The Ellis sawmill, quarry and breakwall construction provided residents with employment. The region shipped out timber, maize, butter, poultry, eggs and honey to the Sydney markets, however ship losses and damage incurred by the crossing of the sandbar marked frequent supply shortages for the early settlers who would stand at aptly named Hungry Head on the watch for incoming cargo ships.

1923 was the beginning of the end for shipping for the area with the completed construction of the North Coast railway line that was then used for transporting logs from the number of sawmills in the area to Sydney, and was closely followed by the closing of the ferry service across the Kalang with the construction of the road bridge  in 1928. In 1936 the pilot station at 4 Morgo Street (which is now privately owned) was finally closed after the cessation of ships to the town from 1933, and the once thriving Urunga port was then nothing more than a gravesite to the many ships that had fallen victim to savage weather and the perilous bar. By 1960 Urunga's population had grown to 1000 with many more holiday makers frequenting the town each year and bringing with them a large amount of the town's revenue.

In 1892 the local Aboriginal population, including King Benelong, were relocated from up the valley over to a mission on Urunga Island (Mitchell’s Island), located at the convergence of the two rivers to the north of the town. They remained there until a flood in 1921 which saw them moved to Yellow Rock to the north of the Kalang where a dedicated school had already been built for the children in 1916, until most were again relocated by the government to Burnt Bridge Aboriginal Station in Kempsey in 1937 and the school at Yellow Rock was closed.

The famous Urunga boardwalk has undergone many a transformation since its humble beginnings as a no handrail, two planks of timber job to enable the boatmen from the newly constructed southern break wall in 1906. The gangplank resembling footbridge provided easy wet weather access to the red acetylene gas lamp that was lit each night so that ships avoided collision with the break wall (with another on the northern breakwall). In 1940 on its second upgrade a 50m swimming area was included. The footbridge we see today that is wheelchair accessible and extends the 960m to the ocean was initiated in 1988, and after several upgrades was completed in 2010. The boardwalk is one of the town’s proudest features and offers not only an amazing smorgasbord of viewing of the local coastal wildlife, including water dragons, pelicans, crabs and schools of fish, but splendid views of the mountains, and if you are lucky, glimpses of breaching whales and surfing dolphins.

You can read the full history of the boardwalk here.

*We would like to thank and acknowledge the history that was imparted on us from various sources including the Bellingen Valley Historical Society, Bellingen and Urunga Museums, the Urunga Boardwalk and Flagstaff Hill signage, along with discussions had with various knowledgable locals.

**DISCLAIMER: This blog is written and intended for the interest and enjoyment of our guests and members. Although written to be what we believe correct based on our sources, as there were no peer reviewed sources pertaining the town's history that we could locate through an extensive search of external research databases accessed via the University of New England's student portal, and therefore acknowledge that it may contain historical inaccuracies. As an example, the discovery of Urunga by Europeans is highly contentious with another account stating that the search for the William Cossar extended only as far north as Nambucca Heads, and that in fact was not discovered until 1840 by a William Miles and his companions. 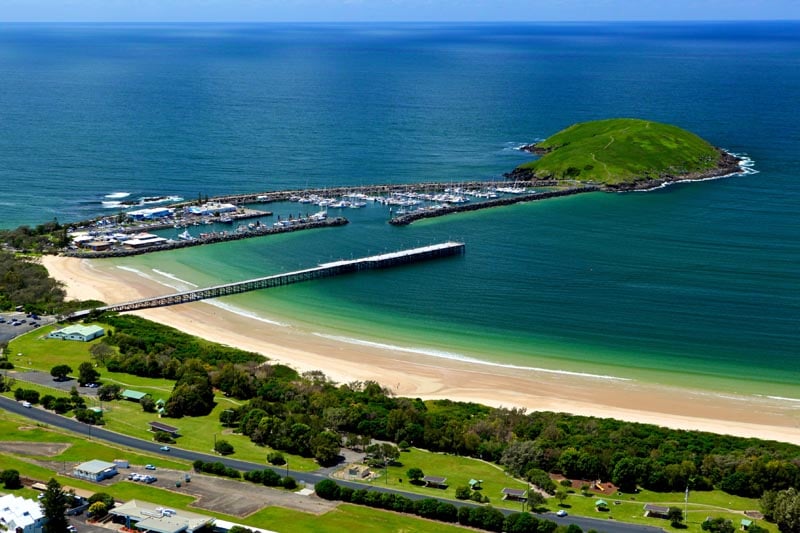