Experiencing the Annual Humpback Whale Migration on the Coffs Coast

Topics: Things to do

The ultimate nature experience for the genuine wildlife lover is to view the majestic humpback whales on their yearly migration along the Australian eastern coastline. There truly is no way to adequately describe to someone the awe-inspiring feeling these gigantic mammals leave you with.

The oceans surrounding our island nation of Australia are home to an abundant number of the 90 whale species, with nearly 60% of the world’s total population calling our beautiful waters home. The humpback is the most commonly spotted along the NSW coastline, with approximately 35,000 in total travelling along this route during their annual migration according the NSW National Parks and Wildlife Service (NPWS).

Humpback whales are one of the 14 types of baleen whale species that include blue, fin and minke, named for their keratin jawbone plates that differentiate them from the other 76 whale and dolphin species that have teeth. Aside from the toothy sperm whale, baleen whales are the largest of the various species, and therefore make for breath-taking viewing, whether it be via a whale watching tour, or from the various stunning headlands of NSW.

With a once vibrant whaling industry operating in Australia from the 1830’s until 1962, whaling was the first primary industry that generated revenue from the sale of blubber for lamp fuel, candles, and soaps; and whalebone (baleen) for items such as whips, corsets, and umbrellas. New South Wales has a rich and fascinating whaling history, whether it be from a historical or conservation perspective. The first commercial whaling station in New South Wales, the now heritage listed Davidson Whaling Station, is located just outside of Eden near the Victorian border, and was the longest operating whaling station in the country. The Davidson family hunted with the assistance of killer whales, and the station's history makes for a colourful story for anyone with a keenness to explore it. New South Wales’ last humpback whaling station, Cape Byron located in world famous Byron Bay, was closed due to insufficient numbers left in the surrounding waters to be hunted due to over-exploitation. Humpbacks were seriously threatened and neared extinction in Australian waters towards the end of the 20th century, and by the 1980’s it is estimated that less than 300 humpback whales remained (merely 3.5-5% of their pre-wailing numbers). Humpback whales are now listed as a vulnerable species in NSW and enjoy protections throughout the country. Conservation efforts are now seeing increases in numbers of 10-15% each year according to the Organisation for the Rescue and Research of Cetaceans (ORRCA).

The humpback whale migration commences near the start of winter from their nutrient rich feeding grounds in Antarctica where their primary food source is shrimp-like krill. These beauties then head up the endearingly named “humpback highway” hugging the NSW coast all the way to their breeding and mating grounds in sub-tropical waters of Queensland before returning south with their calves in the spring. Although their migration is generally thought to occur from late April until November, this can vary with changes in temperatures and climate, and what latitude you are situated at (i.e. how far north or south) to view them.

Whale Watching on the Coffs Coast

The spectacular coastline of the Coffs Coast boasts some of the best coastal vantage spots to view humpbacks on their yearly migration. The best times for whale spotting in the region is from early June as they head to their northern birthing grounds, and then from August through to late October as they head south with their new born calves, often resting in Coffs Harbour's warm, rich Solitary Islands Marine park waters on their southerly journey home.

Our top picks for spotting humpback whales from the coastline

Only a five-minute drive south from Urunga’s Riverside Holiday Resort, you will find the spectacular beaches and headland of Hungry Head. This is a favourite spot for locals to picnic, walk along the stunning beaches or just sit and view the whales as they pass. We suggest bringing along your binoculars if you have them!

If going for a drive doesn’t appeal to you, but a walk and some whale spotting does, whales and dolphins can sometimes be seen from the end of this wheelchair accessible 1km boardwalk to the coast in the town of Urunga. This may not be the highest vantage spot, but it is still an amazing place for whale spotting, especially on their southerly trip as the mothers and calves swim closer to the coastline. But be warned, this is possibly one of the friendliest walks you are likely to do, and you may need to be prepared for the friendly smiles, “hellos”, and “another day in paradise” comments from the locals and travellers as they pass you by.

Located just 20 minutes south of Urunga, Nambucca Heads has some of the most magical beaches and headlands for whale watching. The Rotary, Captain Cook and Lions lookout spots are all fantastic for glimpsing passing humpback whales. Follow this up with coffee at the Wharf Street Café and a walk along the river estuary to Pilot Lookout where the river meets the ocean.

A favourite spot for bird and whale watching, this lookout is located at the end of a short 1km paved, but steep, walk that commences at the end of the marina with an educational history of the island and conservation efforts to preserve the iconic native shearwater species Australians call the Muttonbird. The island is a refuge for an array of native wildlife, and mutton-bird burrows can be spotted along the walking track, although care needs to be taken not to disturb their habitat. From the lookout you will enjoy views of the Solitary Marine Park and be able to see all the way to the headlands at Woolgoolga to the north, and South West Rocks to the south. If you are wanting to glimpse a Muttonbird on your trek however, you will have to head there at the crack of dawn when they fly away for a day worth of fishing, or at dusk on their return home.

If you are feeling a little more exploratory, a trip north to Woolgoolga is a must. Considered the very best whale watching spot in the Coffs Coast, this headland offers superb views and is a great place for a family picnic. This seaside town is known to the locals as “Whoopi” and is famous for a range of water activities such as swimming, surfing, diving and fishing. If you are feeling a little peckish and want to go somewhere a little different to the usual cafés and clubs for a bite, a great place to visit in this town of the annual Curryfest is the Guru Nanak Sikh Temple for a delicious donation based home cooked Indian meal, followed by a visit to the Sikh Heritage Museum.

If watching whales from the shore does not serve up enough excitement for the more curious and adventurous amongst us, there are some wonderful close-up-and-personal experiences to be had!

Cruise the second largest whale-watching vessel in NSW, the Pacific Explorer, for a three to four hour experience that can be enjoyed by the whole family.

If a leisurely cruise is not your cup of tea, this one and a half hour fast boat experience will offer all the excitement you are craving.

Jetty Dive also offer a swimming with the whales experience from August until October for those aged 12 and up.

* Please check with tour operators prior to booking to check if any changes to services.

To find the best spots for whale watching at our Fingal Bay and Sussex Inlet FCSWC Resorts please visit:

Click HERE to find other things to see & do in Urunga and the Bellingen Shire. 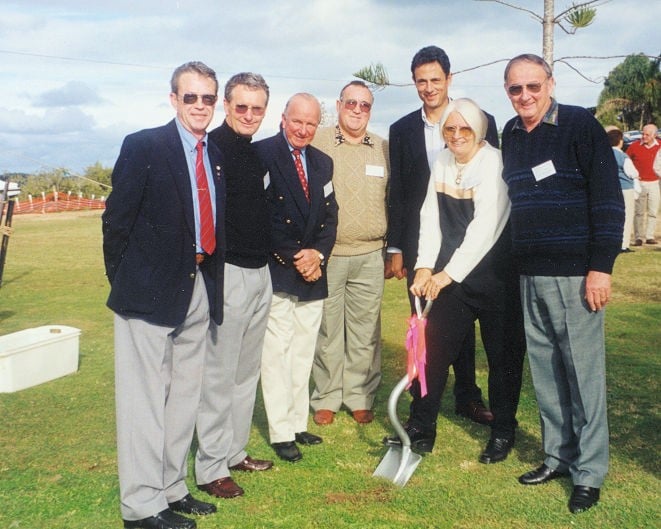 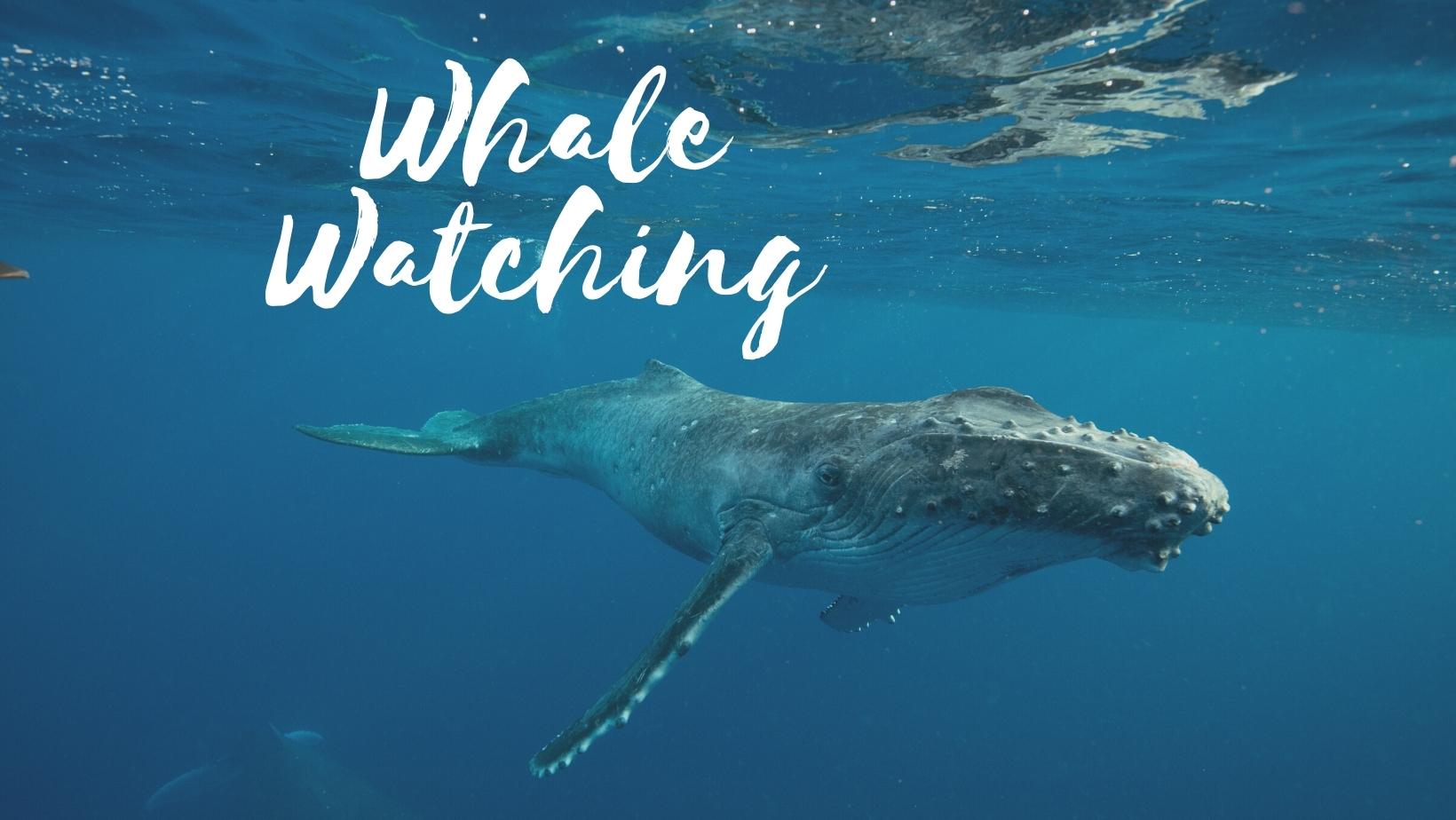